You can also share Participating in Breakout Rooms with your meeting participants for some information on using breakout rooms as a participant.

You rooms will be created, but will not start automatically. Once the rooms are created, you can manage the rooms prior to starting them.

Once a participant has been assigned (manually or automatically), the number of participants will show in place of the Assign button. 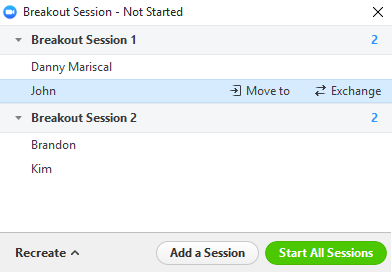 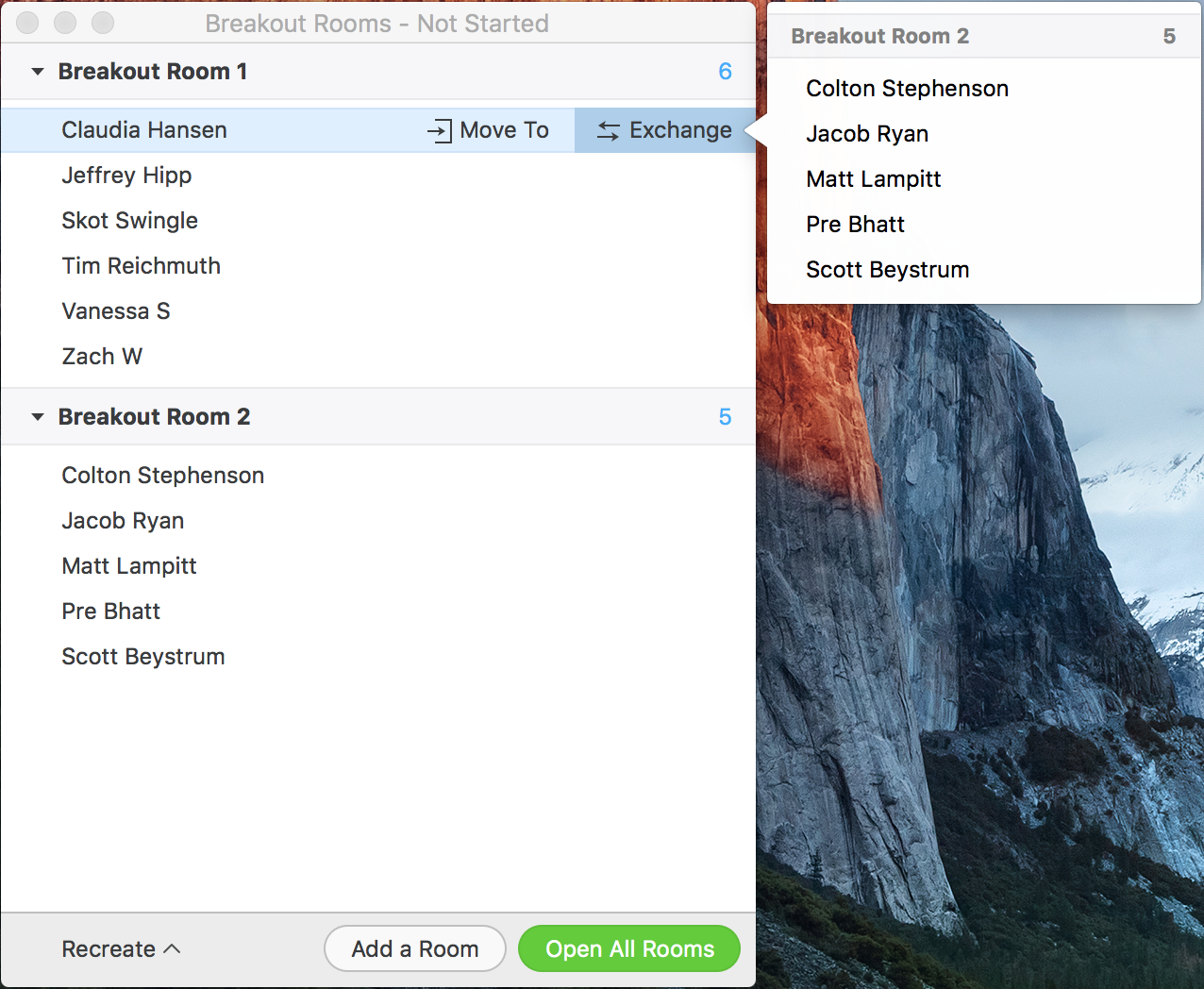 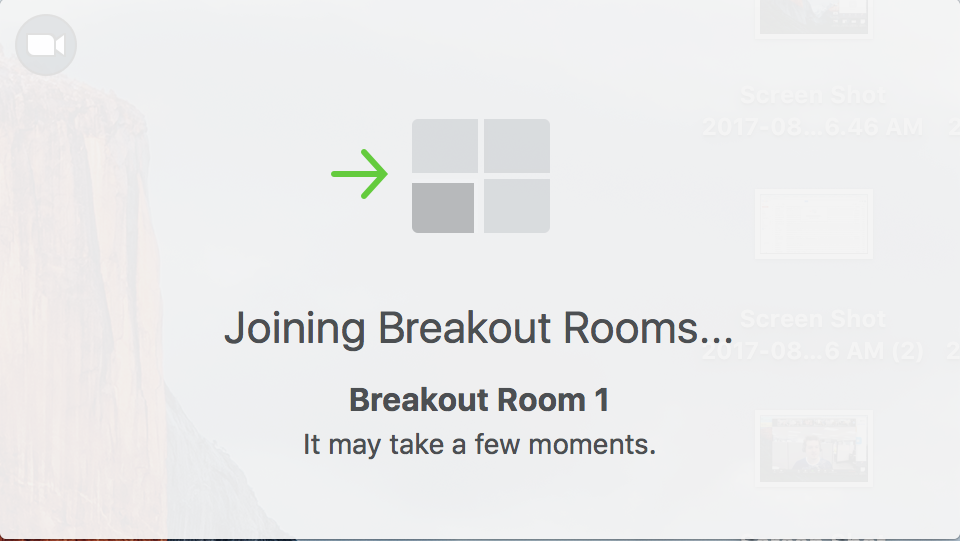 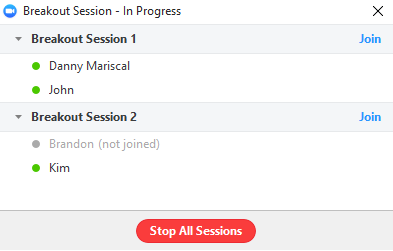 Once the Breakout Rooms have been started, the participants will be asked to join the Breakout Session. The host will stay in the main meeting until joining a session manually. If a participant has not joined the session yet, it will be noted by "(not joined)" next to their name.

Participants in the Breakout Rooms can request that the meeting host join their meeting by pressing Ask for Help in the menu bar.

Broadcasting a Message to All Breakout Rooms

The host can broadcast a message to all breakout rooms to share information with all participants.

Have more questions? Submit a request

Articles in this section